Home » Things I have learned so far » Taking Flight 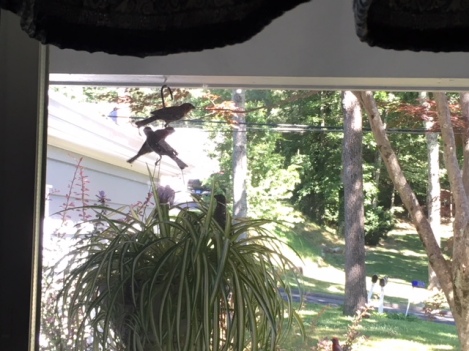 Last week, I awoke to a symphony of chirping. The cats sat at the window, fascinated by the swarm of finches that swooped and landed and took off again, testing their wings. It looked like a graduation party, with half the neighborhood joining in the singing and dancing.

Party time in the spider plant! 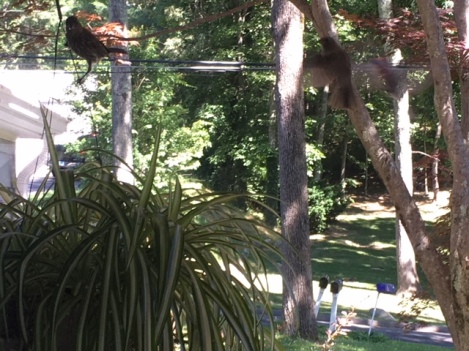 Coming in for a landing!

“Hey, how many more can we fit on here?” 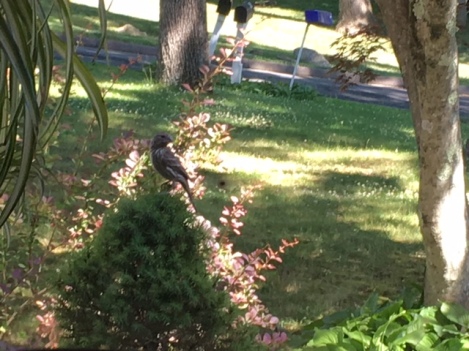 “I am so not getting in the middle of all that!”

Within an hour, the party was over, and everybody had left. It was official: the Finch family had moved out. They hadn’t taken everything, though:

I hoped this was a new group, that Mama would be back to keep them warm until they hatched, but . . . no.

I suppose that’s how things go in Finch Land. You build, you lay, you incubate, you feed, you rear. Eventually, the kids grow up, and you all leave the homestead for new and brighter places. You do your best. Sometimes it works out better than others. Regardless, you move on, because that’s what you have to do. Maybe not so different from Human Land.

And just like in Human Land, sometimes when things look kind of bleak, when sadness threatens to overshadow joy, hope shows up, and it all begins again. 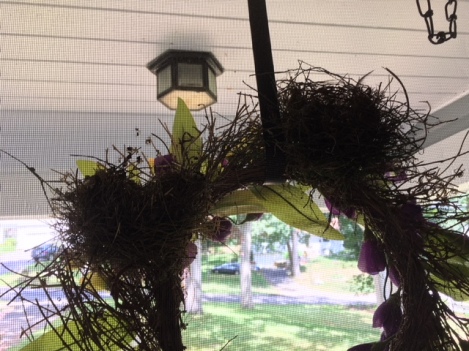 “Hope” is the thing with feathers –
That perches in the soul –
And sings the tune without the words –
And never stops – at all –
And sweetest – in the Gale – is heard –
And sore must be the storm –
That could abash the little Bird
That kept so many warm –
I’ve heard it in the chillest land –
And on the strangest Sea –
Yet – never – in Extremity,
It asked a crumb – of me.
~ Emily Dickinson