Home » Things I have learned so far » Reading Alone Together 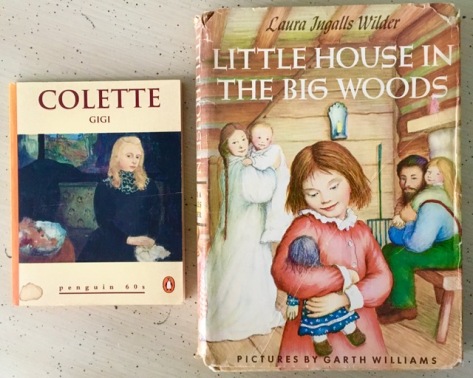 Last week, I signed up for a remote silent reading party hosted by the Stranger, a Seattle-based publication. I’d never heard of such a thing, but apparently this goes on all the time in Seattle: people gather at a local hotel, and they read silently together while a pianist provides background music.

Obviously, the physical gathering wasn’t feasible, so the Stranger moved the party to Zoom. The deal was that you purchased a ticket for whatever you could afford; in exchange, you got access to a Zoom meeting where, for two hours, pianist Paul Moore played background music while everybody read silently. I bought a ticket (at the minimum rate) to support the organization and the pianist who had already been booked for the event before the virus shut it down. Even up to the moment when the party started, I found myself thinking that I could read any time, so I should really use the time for writing or cleaning or something useful.

But I’d already bought a ticket and I didn’t want to waste the money, so I logged into the party. I placed my Surface on the table next to my ancient oversized recliner, and I settled in with two books: Gigi, by Colette, and Little House in the Big Woods, by Laura Ingalls Wilder. I don’t know why I chose those two, except maybe that I was partway through both of them. Still, I could have chosen from hundreds of others on my shelves or my e-reader that I’ve been meaning to read. I could have finished the library books that are on nearly-infinite extension. I could have studied books on writing. I could have accomplished something.

Instead, I curled up with my familiar volumes against a backdrop of elegant piano music. I’d elected to log in without video, but plenty of participants were visible. For two hours, a virtual crowd of readers sat together in our separate locations, reading whatever we felt like reading. Every so often, one of the cats jumped up onto the back of the chair or climbed into my lap for a while. The phone never rang. The serenity was palpable.

At the end of the two hours, I still had a few pages left of Little House. The party ended, and I read on in silence, reaching those lovely final lines:

She was glad that the cosy house, and Pa and Ma and the firelight and the music, were now. They could not be forgotten, she thought, because now is now. It can never be a long time ago.

I closed my book. Sleeping cats adorned my silent living room. I felt peaceful and refreshed in a way I hadn’t in a long, long time.

I wish I could say that at that moment, sated with other people’s words and notes, I reached for my notebook and began to write. I didn’t, though. My mind was at rest. To write would be to waken it. So I set down Little House and rose, stretching as I gently moved the household into bedtime rituals.

A week later, I can still feel the calm of that evening. I’ve had plenty of frantic moments since then, obligations and minor crises and the stressors of living through a pandemic. But those two marvelously diverse books—a Parisian teenager being groomed as a courtesan and a five-year-old living with her family in Wisconsin woods—were so rich with images and personality that they proved to be perfect for a few hours’ escape.

It turns out that the Stranger is going to host silent reading parties every week, and they’re not the only group hosting these parties. If your world is so hectic and stress-filled right now that you need to make an appointment to take a break, may I suggest that you consider attending a silent reading party. All you need is a way to connect to the music and something you feel like reading. If you want to add snacks and beverages, go right ahead. If you wish to listen and read while soaking in a bubble bath, go ahead (as long as you’re careful about what you expose to your fellow readers when you enter and exit the tub).

Perhaps the best part is that the others at the party ask nothing of you. They’re just reading right alongside you. If being in quarantine leaves you feeling lonely, let their presence reassure you that you’re not alone. If your real life consists of people who are constantly making demands, rest assured that you’re not responsible to anyone at the party; for two short hours, you’re on break.

As for me, I still have plenty of books in my to-read stack. More than enough to take me through a year’s worth of silent reading parties, to serve as my portals into other worlds even while hundreds of other readers escape into their own adventures, while cats snuggle in laps and piano music sparkles through the night.

5 thoughts on “Reading Alone Together”