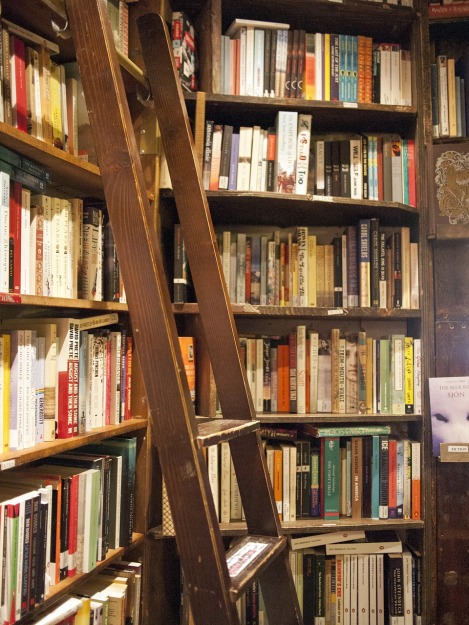 In 2000, I went on vacation alone for the first time. The prospect of a week on Captiva Island, reading and swimming and reading again, was delicious. Of course, the dilemma was what to read: mysteries, literature, general fiction, essays, or something else. Who knew what I’d feel like reading on a given day? So I did what any reasonable person would do: I loaded up my suitcase with books and tucked some clothes in around them. At the Fort Myers airport, as I tried to lift my suitcase into a rental car, I found myself wishing there was an alternative to hauling a library around.

Within a few years, a device called a Kindle was on the market. I wasn’t tempted until my pastor announced that he was going to begin preaching from the English Standard Version of the Bible. When I saw the size of the ESV Study Bible, I knew there was no way I was willing to haul that enormous volume back and forth to church.

So when my parents asked what I wanted for my birthday that year, I opted for a Kindle. I did my research and decided that I didn’t want one of the little ones with the even smaller screen. I chose the Kindle DX, with a screen the size of a hardcover book’s page.

It didn’t take long to discover some of the best features of the Kindle DX: the print size can be enlarged, downloads are often free or nearly free, and it’s possible to have a new book available in a matter of seconds. The device can hold an entire library, including an ESV Study Bible. As others have gotten into the e-book game, new benefits have included the ability to buy e-books from independent booksellers and to read them on computers and tablets in addition to dedicated devices.

With all these great features, you might wonder why anyone would ever want a physical book. In fact, every few months, the debate pops up again: e-books or physical books? Some people have enormously strong opinions on one side or another, almost as if preferring one is a betrayal of the other. Others are perfectly happy to switch back and forth, depending on anything from convenience to mood. 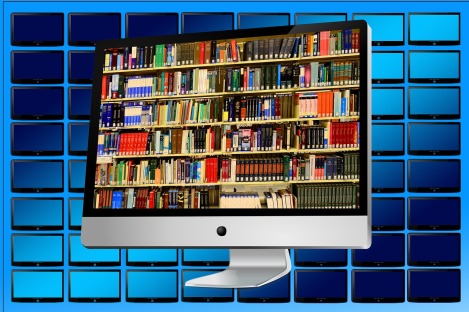 Don’t get me wrong. I do adore the convenience of e-books. I’m especially fond of the ability to enlarge the print size on an e-book. Packing for vacations is a thousand times easier now. It shouldn’t even be a question.

But there’s something about the physicality of a book. The feel of it. The weight in my hand. The smell of a new book, and the smell of an old book. The crispness of opening a brand-new hardcover. The soft pages of a well-worn paperback. The ability to stand before a shelf and scan the titles, to see the colors and the letters on the covers, some pristine and others dog-eared, all proclaiming an artist’s vision of the author’s work. 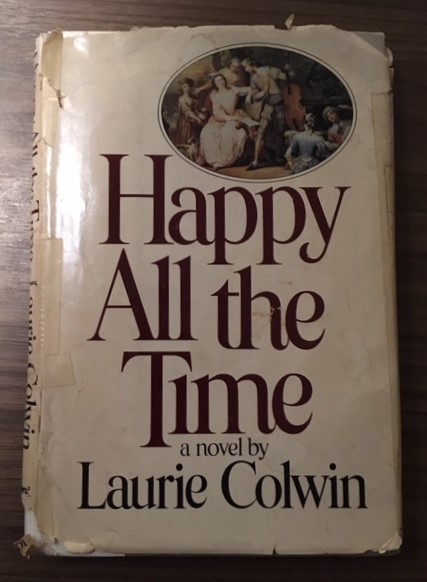 Several weeks ago, I encountered a friend at the library. She had just returned a book I’d heard of, but had never read. She spoke of the compelling story, so beautifully told. She praised the author’s “wordsmithing.” She was so passionate about it that even though I was on my way out, I turned around and went back for that book.

A few days later, a fire displaced the cats and me. As I’ve managed the thousands of resulting details, I’ve found surprising comfort in that paperback library book. The well-worn volume has been handled countless times, its pages soft and inviting. Like so many others, it breaks at a particular spot, the evidence of a reader who placed it facedown back when the spine was sturdy. Not only are the words as beautiful and the story as mesmerizing as my friend promised, but holding Chaim Potok’s story of a young artist in my hands connects me–in a tangible way–with everyone who has borrowed it, read it, cherished it before.

Both e-books and physical books have their merits. But if I have to take sides, put me down for a physical book.