Home » Things I have learned so far » Time Flies

The end of the year is upon us. 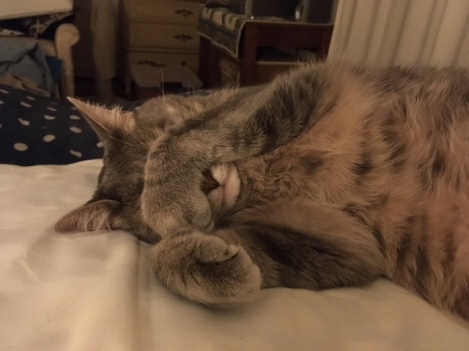 Damned if I know how it happened this fast.

I read once that the reason it seems as though every year flies by faster is that each year is a smaller fraction of the total time we’ve been alive. It’s the kind of explanation that can get you nodding in agreement until you realize it doesn’t make a friggin’ bit of sense. A year is a year, regardless of whether you’ve lived five or seventy-five.

Rather than delve into a discussion of the psychology of time (a discussion for which I am wholly unequipped), I offer my own completely subjective opinion on the subject: how fast time passes is tied directly to how much we did (or meant to do) during that time.

Before you reject my position, consider one example that should be fresh in your mind:

When you were five, the weeks between Thanksgiving and Christmas seemed endless because all you had to do was wait for Santa Claus.

But when you were thirty-five, those same weeks flew by because you were probably juggling some (or all) of the following:

“Next year in Aruba.”

Not to mention tiny little extras like continuing to go to work, feed the people and pets in your household, pay the bills, and do the laundry. None of which goes away, no matter how much holiday stuff clamors for our energy and attention.

This, my friends, is the real reason why the time seems to race when we’re older. The more we have to do, the more obvious it is that we don’t have a shot in hell of actually doing it all, but we try anyway.

Now, if you’ll excuse me, I still need to freeze the leftovers, strain the stock made from the ham bone, and check the supply of wine.

After all, New Year’s is coming.