Home » Things I have learned so far » Flash

As regular readers of this blog have undoubtedly noticed by now, I am not a person of few words.

It’s not that I don’t try to keep my posts concise. It’s just that I tend to have a lot of thoughts, some of which are even relevant to the topic at hand. These thoughts may crop up within one another so that parentheticals and/or side comments are necessary (though I suppose technically speaking, some people might consider these side comments optional).

Alternatively, a new thought may tack itself onto the end of the preceding thought in such a seamless way that I have no choice but to write a sentence that goes on and on for days without so much as a semicolon because as it happens, I do know the correct way to use a semicolon, and simply sticking it in the middle of a long sentence just to break things up a little is not an appropriate way to utilize this particular mark of punctuation.

You see the problem.

I had more or less reconciled myself to a life of verbosity when I stumbled upon a well-known literary center’s summer courses. One of the offerings was an online course in writing flash fiction. For those who are not familiar with the term, flash fiction also goes by such monikers as “short-shorts,” “micro-fiction,” or “very short fiction.” It’s a fairly elastic term: a flash fiction story may be six words long, or it may be 1,500. Most of the calls for flash submissions that I’ve seen define flash as under 1,000 words; if that sounds like a lot, you may want to consider the fact that by the time you finish this sentence, you’ll have read more than three hundred words, and I haven’t even gotten to the meat of this story yet. Imagine trying to write an entire story—beginning, middle, end—in that tiny space. Trust me: it’s not easy.

Intrigued, I signed up for the class. It was a six-week class, and the teacher focused on a topic or theme each week. She selected a number of stories demonstrating that particular approach, as well as craft readings and/or a TED talk or video lecture. Our assignment was to write a flash piece using that week’s topic or theme; if we wanted to, we could post our stories, and others would comment on them. Other aspects of the class included live chats and a forum where we could comment on the readings.

The first week’s topic was image. The chosen stories were all rich with imagery. Our writing exercises were small, private affairs designed to introduce us gently into the notion of writing a short piece with powerful images. So far, so good.

The second week focused on the way form is used in flash fiction. As far as I can tell, you can use pretty much any form you like, from lists to texts to regular narrative. My first attempt was a straightforward story; since our pieces were supposed to be fewer than 500 words, I figured that would be challenging enough. To my surprise, when I began to write, the story came easily, and it wrapped up quite naturally just shy of the 500-word cutoff.

Turns out, that was the last time I was going to come in under 500.

For week three, I used one of the prompts, which involved asking someone for something they don’t want to give. Unfortunately, that was easy, because I’d just had a nasty exchange with a client about a payment that was past due. Luckily, that client wasn’t in the class, so I was free to write about the incident in a mildly fictional way. Because I can be the teensiest bit spiteful, I used the delinquent client’s real first name (a very common name, but if I were to submit the story somewhere, I’d probably change the name anyway, even though the chances that this person would ever read that publication are extremely remote, because they might just be spiteful right back, and I’d still like to get paid).

By week four, I was getting the hang of this whole writing-from-a-prompt challenge. The only problem was that I’d left the 500-word limit solidly behind. My story for that week—a letter you write to your younger self after you’re dead—was around 800 words, which is fine for regular flash fiction, but not for the class. For a start, if everybody wrote long stories, commenting on them would be a time-consuming process. Also, the point was to learn to write concisely, and obviously, I was having a problem with that.

Week five focused on how myths and fairy tales have been used as springboards for flash fiction. It took a few days before an idea landed, but when it did, the story practically wrote itself. Unfortunately, it wrote a lot of itself. The posted version was just over 800 words, plus the three-word title. The funny thing is how long that story seemed. After immersing myself in reading and writing short pieces, eight hundred words felt incredibly long. The irony is that I’m currently in the process of trying to edit down (again) my first novel, which weighs in at nearly 132,000 words, and somehow that story doesn’t feel as lengthy as my eight-hundred-word flash piece.

This week is the final class. The focus is on revision and submission; we’re invited to post new work or a revised version of something we posted earlier in the class. I thought of trying to create a new piece that came in under 500 words, sort of like sprinting for the finish line, but instead I chose to revise my 800-word story. It’s now 1,042 words, plus the title. 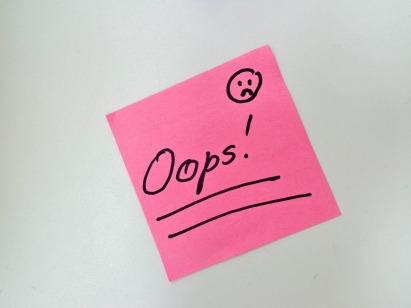 But it’s okay, because this class has taught me a lot. First, and perhaps most importantly, I’ve learned that I actually can write in this form called flash. I’ve always found it daunting, this notion of telling an entire story in such a tiny space, but it turns out that it’s absolutely feasible. All those years when I’d joke that I couldn’t write a grocery list in 5,000 words—turns out, I can. (Well, the story, anyway. Maybe not the grocery list. After all, there are a lot of flavors of cat food.)

Second, I’ve come to realize that I don’t have to know everything about my character before I write. This has long been a struggle for me. My early writing experience was in fan fiction, where I knew the characters intimately before I even started the story. When I migrated to original fiction, one of the toughest parts was creating original characters who weren’t flat or stereotypical. My current novel-in-progress is my response to this, i.e., a character study, but it’s a novel, which is sort of like marrying the character because you’re going to be together for a long, long time. Some authors recommend creating a character bible for each major character before you even begin writing, with everything from their physical appearance to their political beliefs to whether they prefer mushrooms or sausage on their pizza. By contrast, flash fiction lets me pick up an entirely new character (or two), spend a few important moments together, and bid them farewell. It’s challenging in a different way since the character still needs to be fully realized without having everything spelled out, but I don’t need to know whether wool socks make his feet itch or if she’s harboring a secret dream to become a lobster fisher unless it’s relevant to the very specific story I’m telling. As a result, I’m having great fun with these tiny flirtations.

Finally, I’ve been reminded that stories can take many different forms. The conventional forms, such as short story or novel or play, are all around us, and it’s easy to forget that there are other options. From six-word stories (the most famous one, attributed to Hemingway, is: “For sale: baby shoes, never worn”) to epic poems (hello, Paradise Lost), the writer’s job is not just to tell the story, but to choose the most effective way to tell it. Sometimes, the form will dictate how the story is told; other times, the story will command a particular form.

Obviously, I have not mastered the short-short—this post is more than 1,300 words. On the other hand, maybe that’s exactly the length it needs to be.

Either way, it’s still shorter than my grocery list. 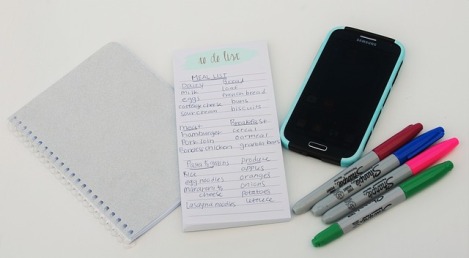 Special shout out to the Loft Literary Center , teaching artist Molly Jean Reid, and the class members of The Very Short Story, Summer 2019. Many thanks to all of you for a fabulous learning experience!