Home » Things I have learned so far » Resources for Writers, Part 1

Whenever I talk with someone who’s venturing into the weird and wonderful world of writing, I inevitably get this question: “Do you know of any books that would be good for me?” As a matter of fact, I do. The bookcase in my front hall houses dozens of such volumes. Some are essays about writing and creativity; some are about the writing life (such as Annie Dillard’s The Writing Life); some focus on craft; some are resources on specific topics I’ve written about or intend to (Deborah Blum’s The Poisoner’s Handbook is a gem for those writing about murder); some contain writing prompts or odd facts designed to stir up the muse (The Book of Useless Information, by Noel Botham and The Useless Information Society).

There are far too many of these volumes for one post, so periodically, I’ll add a few more titles to the list. Today, we’re starting with some of my special favorites. These are books and essays to which I’ve returned time and time again, whether for inspiration or reference. You can find most of them at your local library, and all of them wherever books are sold. (Note: I receive no remuneration for mentioning any of these books. In fact, none of the authors know my name.)

Bird by Bird: Some Instructions on Writing and Life, by Anne Lamott

This lovely book contains some of the best advice I’ve ever found about writing and life. Among the gems are the chapter entitled, “Shitty First Drafts,” the suggestion to write only as much as you can see through a one-inch picture frame, and her advice about avoiding a libel lawsuit when basing a character on real life (give the character a teensy little penis). Two passages from this book are posted on the bulletin board over my desk, so I see them nearly every day, and they still ring sound and true. 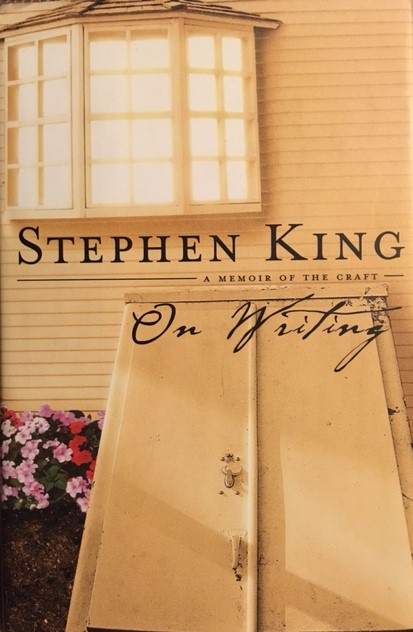 On Writing: A Memoir of the Craft, by Stephen King

Most people will recommend either Bird by Bird or On Writing to new writers. Both are excellent choices. On Writing is divided more clearly into separate sections for memoir and craft in case you prefer that approach, but don’t skip one for the other. King not only gives you excellent tools for writing, but he describes how he came to his success: he wrote, and he wrote, and then he wrote some more. One image that stays with me is how, in his teens, he drove a nail into his wall, and every time he received a rejection slip, he would impale it on the nail. By the time he was fourteen, the nail was insufficient to hold all the rejection slips, so he replaced it with a spike and went on writing. 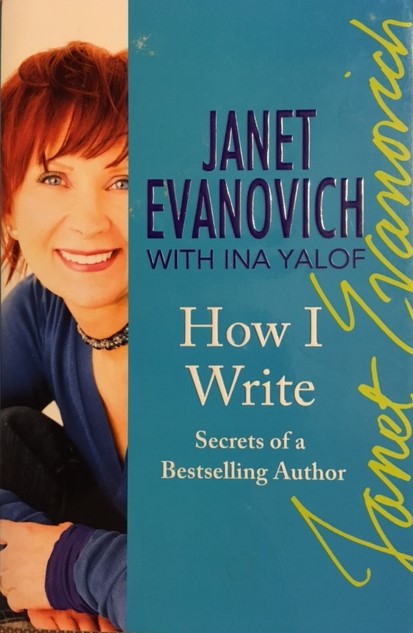 How I Write: Secrets of a Bestselling Author, by Janet Evanovich with Ina Yalof and Alex Evanovich

Written mainly in Q&A, this volume is eminently practical and entertaining. Evanovich includes plenty of examples from her Stephanie Plum books, which adds to the humor. Most of the book is devoted to specific aspects of the writing craft, from creating characters and structure to topics like publishing and the writing life. Among my favorite parts is a question from someone who says they have too many ideas running around their head and so nothing is getting finished. Her response: “Dude, just pick one and stick with it!”

Writers Workshop in a Book: The Squaw Valley Community of Writers on the Art of Fiction, edited by Alan Cheuse and Lisa Alvarez

As you might expect from the title, this is a series of essays by writers on different topics. The one I return to most often is Amy Tan’s classic, “Angst and the Second Book,” in which she recounts her struggle to write another book after the overwhelming success of her debut novel, The Joy Luck Club. (She tells of going to a literary luncheon and being asked, “How does it feel to have written your best book first?”) Whenever I’m grappling with insecurity and stress about whatever I’m working on, I go back to Tan’s account of those dark days, and I’m encouraged that someone so gifted has had the same feelings, albeit in a different context. I love her conclusion that the book she ultimately published next was her favorite, because “How could it not be? I had to fight for every single character, every image, every word.” It makes it that much easier for me to go back to the work that’s not cooperating—because I don’t go back to that page alone.

This is another Q&A book, but the questions and answers aren’t about craft this time. Rather, these are the answers of a physician to such questions as “Can a Condom Be Used to Save the Life of Someone Suffering Severe Lacerations from Shattered Glass?” or “What Substance Can My Soft-Hearted Thief Use to Sedate the Dogs That Guard the Estates He Robs?” The author is a cardiologist who has worked as a story and technical consultant on a number of television shows, so it’s no wonder he gets some odd questions. Fortunately, you don’t need a degree in medicine to understand his answers—the book is eminently readable as well as an excellent reference. (Don’t be surprised if you pick it up intending to research one specific point and end up reading the next couple chapters.) 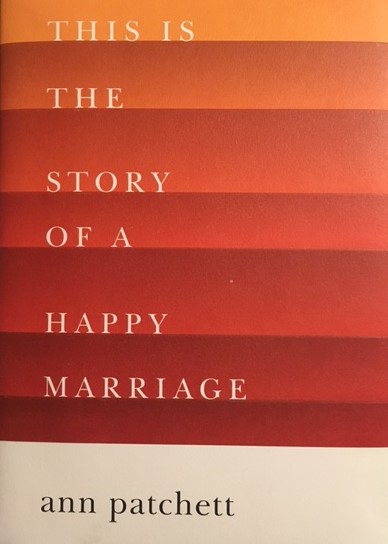 “The Getaway Car,” by Ann Patchett

This essay was originally released as a Kindle single, and it’s now included in a book of essays entitled, This is the Story of a Happy Marriage. The essay is a memoir of Patchett’s life as a writer. Like so many writer memoirs, it includes comments and advice about what she has found helpful along her writer journey. My personal favorite comes at the end of the essay, when her friend, musician and composer Edgar Meyer, tells her that he increased his productivity when he placed a sign-in sheet on the door of his studio, signing in when he went in and signing out when he was finished. Her response: “Time applied equaled work completed. I was gobsmacked, and if you think I’m kidding, I’m not.” Speaking from experience, I can say that both Patchett and Meyer are dead on: the more time I spend writing, the more I write. Go figure.

That should be enough to get you started. If you have a favorite that’s not on this list, by all means tell us about it in the comments.

One thought on “Resources for Writers, Part 1”