Home » Things I have learned so far » Revelation

Last spring, I applied to a very prestigious writing conference, taught by writers whose work is routinely praised, if not revered, by the literary community. Rationally, I knew acceptance was a long shot. On the other hand, I figured the admissions committee probably wasn’t sitting around at night hoping I might grace them with my presence. The only way I’d have a chance was to apply.

The application required a writing sample, presumably the one I planned to workshop during the conference. I was prepared to attach an excerpt of my novel-in-progress when I hit a snag: applicants who wished to submit novel excerpts also had to include a synopsis of the entire book.

My problem was that the novel was (and still is) very much in progress. “In progress” as in “still discovering the story.” As in “I can’t write a synopsis because to do that, you have to know things like the whole plot, and I don’t.”

Mind you, I have a fairly good idea of what’s going to happen and who’s going to do it. Three and one-half months ago when I was preparing this application, I probably had about 20,000 words’ worth of scattered scenes with no cohesive structure. (Now, it’s more like 50,000 words, but still no real structure.) But as I stared at the word “synopsis,” I found myself wishing fervently that I were a plotter rather than a pantser.

I scoured the conference site in search of a loophole to the synopsis requirement, to no avail. Finally, I telephoned the conference director. She kindly provided me with a piece of advice I’d never have come to on my own: she told me to submit a piece of my very best work, whatever it was. If I got in, I could substitute the novel-in-progress. She cautioned against bringing work that was too highly polished to the conference since I might then be resistant to critique—a suggestion that seemed a bit curious in light of my particular dilemma.

Armed with my secret insider knowledge, I prepared my application. Since I would need to take unpaid time off and travel across the country, I requested a work/study arrangement, a certain sum in exchange for working in one of several designated capacities. (It seemed presumptuous to ask for money without being willing to work.) I reviewed everything again and again, checking for typos and blanks. Finally I clicked “send.”

As I settled in to wait, I allowed my excitement to convince me that I had a real chance. Over the following weeks, I mentioned to several people that I might be going to the conference, always acknowledging that it was a reach. More than once, I wondered if not keeping my application a secret might be jinxing it, except that I don’t believe in jinxes, which made the notion seemed silly.

The conference website identified a date certain by which we would be notified of the decision on their application. The night before that date, I went out to UConn to hear a friend read from one of her short stories. Afterward, a group of us went to a nearby bar. As I sipped my overpriced chardonnay, I admitted to these writers that I was eagerly waiting to hear about this conference.

On the way home, I stopped for gas. When I finished, I got into the car and checked my email, and there it was. My heart pounded. I savored the final moments of not knowing. Then, I clicked on the email and saw the words:

Acceptances don’t begin by thanking you for your submission. They begin with lines like, “We are delighted to inform you. . . .” Any time someone thanks you for a submission, they’re setting you up for bad news. When they don’t even get your name right, you may as well stop reading, because things are definitely not going to get better.

This email was no exception.

All right, then. I didn’t get in. I knew at the outset that my chances were not terrific. I steadied myself. After all, they probably had hundreds, if not thousands, of applications.

By the garish light of the gas station, I read these words:

The number of applicants far exceeded the number of places and we must turn down many talented writers. This year we received 219 submissions, while we have room to admit only 124.

I’d spoken with the conference director; she was a nice person. I’m certain she included these statistics in an effort to soften the blow. Normally, I’d have appreciated that information. But this time. . . .

I opened the calculator app and let it do the math, just in case I was somehow wrong. But I wasn’t.

The conference accepted 56.6% of the applicants.

I wasn’t even in the top half of the pool.

Put another way, I had better than a 50/50 chance of getting in, and I still didn’t make it. 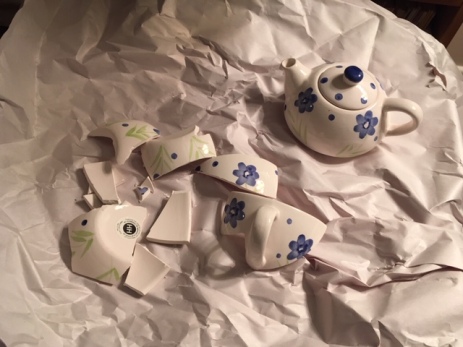 As I drove home, I mentally composed an enraged email in which I informed the director in no uncertain terms that if her goal was to be encouraging—and her remaining words suggested that it was (“We hope that you’ll see the fundamental truth in our expressed hope: that such an outcome won’t diminish anybody’s faith in their own writing. It’s in the nature of this process, at every level, that artists have to be patient. We hope you will consider applying again in the future.”)—including such statistics was not an effective way of accomplishing this end. My proposed response also pointed out that she used “hope” and “that” twice in a single sentence, and perhaps next time she might consider editing her email before disseminating it to those whose work had been deemed inadequate.

I never sent that bitter, churlish response; I’m not a complete fool. Instead, I went home, poured more wine, and let my disappointment wash over me. One of the cats climbed up in my lap, and she didn’t even seem to mind being cried on.

I moved on, of course. After all, what other options were there? During the ensuing weeks, it occasionally occurred to me that if I were going to the conference, I would be in the thick of preparations. But I wasn’t, so I wasn’t. Relieved of the need to reserve monies for travel and tuition, I was free to hire people to spread mulch and organize my files. I continued working on my novel, but with somewhat less urgency, and I wrote other things as well, including stories and blog posts.

Last weekend, it crossed my mind that if I’d been selected, I’d be getting ready to leave. Time had dulled the disappointment; now, the notion merely felt poignant, a what-if akin to a chance meeting with an intriguing person who slips away before names and contact information can be exchanged so that you are forever lost to each other.

Then a nugget of a realization began to make itself known, nudging at my consciousness like a horse that wants the apple in my hand. It came to fruition yesterday, a day on which—if things had been different—I’d have been sitting with a group of accomplished writers, soaking up their words and opinions and experiences.

What I realized was this simple truth: my novel is not ready to be workshopped.

I told the conference director months ago that I couldn’t do the synopsis because I still was in the process of discovering the story—the kind of statement only another writer truly understands. It was true then, and it is true now. I’ve made progress, but the draft is incomplete. If pushed to declare, I’d call it half-finished. There’s so much I don’t know about this book. I shared one discrete scene in a class I took last winter—that’s the scene I was going to send as a writing sample. But most of the manuscript is barely more than fuzzy wanderings through the lives of these characters. I have a folder of scraps of paper bearing scribbled ideas, but I don’t know which—if any—are right for this book. 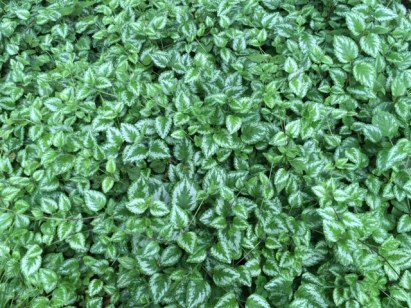 Taking this half-baked first draft to that prestigious conference would have been a waste of everybody’s time and money, mine included. Not only that, but it could easily have been a disaster, an exercise in mortification as well as futility. If the other participants were generous, they might have offered some suggestions, but they might also have been harsh, superior, judgmental. This was my experience in a college writing workshop when I presented an experimental piece for critique; although none of my classmates were particularly accomplished or insightful (as evidenced by their own submissions in class), their mockery and criticisms of my experiment were indisputably cruel. I don’t know now how I ended up producing enough work after that night to pass the course, but once I was out of there, I didn’t share my creative writing with anyone again for a solid twenty-five years. If the people whose work gained them admittance to this conference were of that ilk, it’s likely I’d have walked out of there with my confidence irrevocably destroyed.

But the admissions committee said “no,” and so I didn’t go to the conference. Didn’t share my barely-formed ideas with a roomful of accomplished professionals. Didn’t endure the kind of panic in that dream where you walk into class and find out there’s an exam you didn’t study for. Didn’t blow my shot, as it were.

As I sit on my back porch here at home, the truth is inescapable. The admissions committee couldn’t have known it—they were judging an entirely different piece of writing—but their rejection of my application was the best thing they could have done for me. My novel wasn’t—isn’t—ready. This year, with this book, I didn’t belong there. Even if I were writing full-time, with no distractions or other obligations, it’s improbable that I could have gotten the manuscript in decent shape for workshopping in the eight weeks between acceptance and conference. Juggling writing and real life—law work, family, home stuff—means there was never a chance.

My Jesusy people (as Anne Lamott calls them) would probably tell you that this rejection was no accident. Because some of them are prone to believe they can read God’s mind, they may say He was protecting me by having my application rejected. Maybe that really was His motive; I didn’t see His email on the topic, so I can’t say yay or nay. But two months after that night at the gas station, I can say it wouldn’t surprise me a bit.

Which is not to say I won’t try again. Some people apply to this conference several times before being admitted. Moreover, it’s not the only literary conference in existence; another one might be a better fit. But before I apply to any of them, I’ll spend much more time on this book, developing the characters, the story arc, the images and structure and literary devices and all the other things that go into creating something that touches a reader. I’ll keep working on the piece until it’s truly ready to go out into the workshopping world.

It’s in the nature of this process, at every level, that artists have to be patient.

Patience has never been my long suit, but as it turns out, it beats rushing headlong into a challenge before the work is ready to sustain it.