Home » Things I have learned so far » 1,000 Words of Summer: Some Final Thoughts

For fourteen days, I wrote 1,000 words every day. Regardless of whether I had anything to say, I wrote. I produced words, sentences, paragraphs. I met the challenge.

I expected that at the end, I’d have developed a new writing practice that would have me writing 1,000 words a day forever.

What I didn’t expect was to be so freaking exhausted.

In all fairness, I was emotionally fatigued going into this challenge. Weeks of juggling pandemic news, adjusting the smallest of everyday tasks to avoid contamination, stepping up assistance to my elderly parents to protect them from ending their days on a ventilator—it was already taking its toll. Then, in the midst of the challenge, George Floyd was murdered in Minneapolis, and I found myself glued to the news and social media as across the globe, people took to the streets to demand a better, fairer world. A tiny writing challenge felt trivial as I read news accounts underscoring the vast differences in how supposedly equal citizens are treated.

Still, I wrote. Somehow, finishing what I’d started seemed necessary, a step toward convincing myself that life was indeed going on even in a world that seemed to be a raging dumpster fire.

I wrote new scenes for my novel-in-progress, developing a story arc I’d never imagined and further muddying the structural waters. I wrote ramblings just to get words on the page. I began a new work—maybe novella, maybe novel—that seemed intriguing and more accessible than the novel-in-progress.

Forcing myself to write when I didn’t feel even remotely strong enough to put words on a page, much less to do so with any type of creative effort, bore fruit. Some of what I wrote was undeniable crap, but some has real potential. It’s as the likes of Stephen King, Anne Lamott, and Ann Patchett have said for years: show up, butt in chair and fingers on keyboard, and just write. 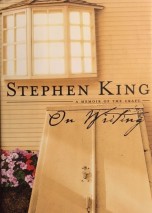 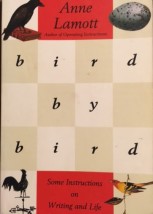 That said, it’s my personal view that if you’re exhausted, it’s okay to take a break. And so, after finishing the challenge, I didn’t keep writing 1,000 words every day. In fact, practically all I’ve written in the past week has been regular work stuff—legal briefs and motions. Instead of writing my 1,000 words in the evenings, I’ve called friends, just to catch up.

The funny thing is that even as I’ve rested, there’s a part of my writing mind that doesn’t shut off anymore. I think I’m mindlessly binge-watching old episodes of Grey’s Anatomy, but I’m noticing the creative decisions, the dialogue and the characterizations and the places where the audience is being set up for something that will occur three episodes later. My writer brain may not have new things to say, but that doesn’t mean it’s not working.

It would help to fill the creative well, but even this requires much more effort than in summers past. Concerts and plays are off-limits, at least for now. Some museums offer online tours in lieu of leisurely afternoons in largely silent rooms gazing at masterpieces, traditional and contemporary. Writing workshops and author talks are either cancelled or shifted to streaming platforms. Beaches and parks reach capacity early in the day, meaning that such treks must be planned the night before to get there before the “parking full” signs go up. Browsing bookstores and grabbing lunch out are no longer spontaneous outings, but meticulously researched events to see who’s open, what their current hours of operation are, and what safety protocols are in place.

With all that is—and isn’t—going on, I suppose it’s no wonder that a fourteen-day challenge left me drained.

It’s perfectly appropriate to rest when you’re tired. But I’ve taken my break. It’s time to get back to work.

Waiting to feel inspired, to feel energetic and peaceful before creating brilliance, is a lovely thought. Maybe some writers can write everything they want in this state of grace. For the rest of us, writing means showing up, putting our butts in chairs and our fingers on keyboards (or holding our pens, depending on preference), and putting words on pages even when it’s the last thing we feel like doing.

Because there’s no predicting when those first creaky, clumsy words may lead to something quite extraordinary. 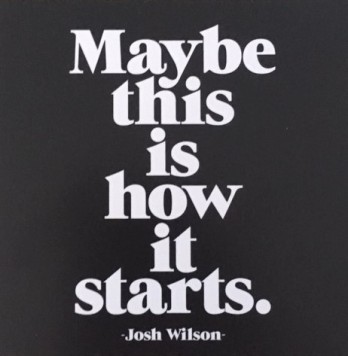