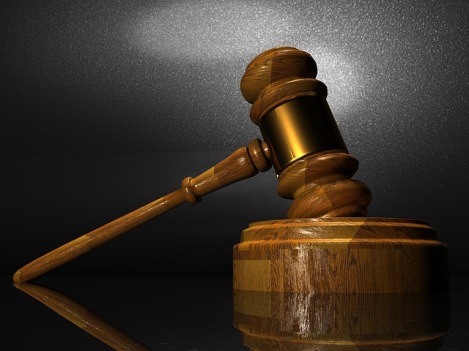 Judging others is tricky business. Being viewed as judgmental is nearly always negative. Criticizing someone’s art or craft—even when that’s what you’re paid to do—can lead to some spicy battles. In the Sermon on the Mount, Jesus warns us, “Do not judge, or you too will be judged. For in the same way you judge others, you will be judged, and with the measure you use, it will be measured to you.” (Matt. 7:1-2 NIV)

Which are some of the reasons I was a bit nervous when I agreed to serve as a judge in a short story contest (which we’ll call “The Contest”).

I’ve been submitting stories to contests and publications for nearly four years. While I have had some small successes, the rejections far outnumber the acceptances. They’re always quite professional—nobody ever says, “Your story stinks!” or “Don’t quit your day job”—but it didn’t take long before I was heartily sick of the generic emails thanking for me for the opportunity to read my work and wishing me luck placing it elsewhere. Contests tend to take those shopworn rejections a step further, telling me how difficult the decision was, but. . . . My response used to be as formulaic as those emails: a pang (or stronger) of disappointment and a muttered “Yeah, sure,” as I updated my submission statistics. They were just trying to let me down easily. I was certain of it.

Until I was asked to judge The Contest.

(To be clear: this is U.S. Supreme Court Justice Sonia Sotomayor, not me.)

Because here’s the truth about judging stories: sometimes, the decision really is difficult. You’ve read dozens of stories, and you’ve narrowed it down to six great ones—really, any of them deserves to win—but you can only choose your top five, which means the author of #6 is going to get an email telling him that the decision was difficult, but. . . . Or you read a story that has so much potential that it’s almost physically painful that you can’t write to the author and say, “Listen, this story could be fantastic, but you need to work on it some more, to figure out what to cut and what to expand, because nobody cares about how the dead lady bears a passing resemblance to the detective’s Aunt Edna whom he never liked anyway, but we care a lot that the detective could read Gregg shorthand since that’s how the crucial note was written, and practically nobody under fifty—and especially no men under fifty—even know what Gregg shorthand is anymore, much less how to read it. So cut the paragraph about Aunt Edna and give us a credible explanation for how this guy happens to have this unusual skill, and then submit the story somewhere else because seriously, it’s that good.”

The truth is that for every story narrated by a thug who’s a ninth-grade dropout but says the victim’s hair was as black as obsidian, there’s one that just needs a little more work to shine it up into a jewel of a piece. Writers are always told to read critically and analytically, but when you read dozens of stories, one right after another—especially stories that haven’t been vetted and edited—you can begin to see what editors really mean when they say things like, “We’re looking for something fresh. Surprise us!”

Judging The Contest afforded me a rare glimpse into the selection process. The stories were vastly different, but certain patterns emerged. While I read every story through to the very last word, I found that I could tell early in the piece whether the writer had a command of his craft, whether he could distinguish between the essential and the unnecessary, whether he could tell a story. I guarantee that other judges and editors have their own lists, but for anyone looking for guidance on how to make a story better, here are a few completely subjective thoughts gleaned from my experience.

Voice. For me, that’s the make-or-break issue. If the voice isn’t authentic, I don’t care how good the plot is, because I’m never going to believe that author. A voice is authentic when the vocabulary is appropriate for the character and the setting, the sentence structure is not stilted, and the writer has resisted the urge to show off his writerly skill by inserting clever metaphors that are inconsistent with the tone of the piece. When the voice is right, I can picture the character by the way he or she tells the story. If a Jane Austen-era heroine expresses her appreciation for a handsome gentleman by saying, “Holy Toledo, that guy is hot!” or she describes a portly suitor’s posterior as looking like two pigs in a poke, the voice needs work.

Logic. A close runner-up to voice in terms of importance. A story that doesn’t make sense fails. Sometimes the logic is there, but it’s not apparent until the end. That’s fine—think of The Sixth Sense or Gosford Park or practically any Sherlock Holmes story or film. But if I reach the end of the story and I still can’t figure out what happened or why a particular scene or character is included, that’s a story that needs work. And it isn’t just the plot that requires logic—the characters and their relationships also need to be logical. If your hero is a middle-aged accountant who hasn’t played sports since the tenth grade, he’s probably not going to have either the ability or the inclination to go undercover as a professional soccer player, and he probably also won’t spend his weekends hanging out at the local biker bar. This is not to say you can’t build anything you like into his character, but you need to lay the groundwork so the reader believes this guy really would have a tattoo that says, “Born to be Wild.”

Too much information (TMI). We’ve all seen it: writers who have found all sorts of cool information in the course of their research and can’t bear not to tell readers all about it. As a result, instead of being a story about a person or an incident, the piece turns out to be a treatise about colonial candle-dipping or the historical underpinnings of the impeachment of Andrew Johnson. These subjects might indeed be fascinating, but unless they move the story forward, save them for an article or blog post on the subject.

Info dumps. Info dumps are exactly what they sound like, i.e., information being dumped into the story. Often, what’s being dumped in is backstory. As a general rule, if a character says, “As you know,” and then talks nonstop for the next two paragraphs about things that occurred before the story’s timeframe, it’s probably an information dump. A more effective way to include this information (assuming it’s truly significant to the story rather than merely a fun little trip down Memory Lane) is to weave it into the dialogue and the story a little bit at a time.

Tangents and asides. A variation on TMI and info dumps is the inclusion of all sorts of interesting, fun, and irrelevant information or language that you want to include just because you like it. Sadly, “I like it” isn’t a good enough reason to keep it. Editors and beta readers may invoke Sir Arthur Quiller-Couch’s renowned advice to “murder your darlings” in such circumstances, and it’s advice well worth considering if you find yourself especially enamored of a passage that doesn’t advance the story.

If murdering your darling would constitute a grave injustice to literature as a whole, try this trick. Cut out the precious section and paste it into a document entitled “extra language.” That way, you’ll have it handy for reinsertion if you decide the story utterly fails without this flash of brilliance. More likely, you’ll read the edited story and not miss that passage at all, but that will be okay because you’ve preserved it for future use.

Assuming reader ignorance and/or forgetfulness. An author I respect did this, and I’ve never quite forgiven her. Her book (which I read long ago, so some details may be fuzzy) centered around a woman who adopted a child with the reasonable belief that he was an orphan. Upon learning that the child might have been kidnapped, Adoptive Mom goes to great lengths to obtain DNA samples from the couple claiming to be the child’s biological parents. The author is careful to show us how Adoptive Mom secures a sample from each of the parents. Later in the book, Adoptive Mom receives the DNA reports. She looks at the woman’s DNA report and confirms that this woman is her child’s biological mother, but she doesn’t open the man’s report. Even when she learns that the woman was unfaithful, she doesn’t seem to consider the notion that Bio Mom’s husband might not be the father. Dramatic events ensue, Bio Mom and her lover die, and Adoptive Mom hands the kid over to Bio Mom’s husband. Lo and behold, when she finally opens his DNA report, it turns out that Hubby isn’t Bio Dad. With the kid’s biological parents deceased, Adoptive Mom gets the kid back, she lets Non-Bio Dad have visitation, and everybody decides to be one big happy family.

The problem for me was that once Bio Mom was revealed as a tramp, my first thought was, “Are we certain about paternity? Look at her husband’s report!” The fact that the author seemed to think (or hope) we’d all forgotten about it irked me no end. Readers remember things, especially when you make a big point of them, and they’re going to be looking for how these points tie into the story. Don’t assume they’ll forget that chapter or won’t understand its significance. They will remember and they will understand, and that’s going to deflate your big climactic moment.

Inadequate explanation. The flip side of TMI and info dumps is the assumption that the reader knows what you’re thinking. You don’t have to spell everything out, but you do need to leave enough of a trail of breadcrumbs to get the reader to your chosen destination. This may be the most challenging thing to discern in your own writing, because you know what the spaces between sentences contain, and your brain is likely to fill in the blank spots when you’re revising. This is the moment when a writer can really use a beta reader or a good friend who is willing to read and provide honest feedback. The scope of a beta reader’s role is entirely up to the writer and the beta, but one valuable service the beta can provide is pointing out leaps in logic and gaps in chronology. If at all possible, have someone read your story through before you declare it done.

Obviously, this list is neither exclusive nor objective, and I can’t guarantee that if you follow these guidelines, you’ll win anything. All I can tell you is that when I was judging The Contest and I read stories with strong voices, logical plots, and a good balance of what was told and what was left for me to figure out, those stories were the ones that rose to the top. Even then, it wasn’t easy: this story had a compelling voice, but that one had an excellent plot, and I could easily make a case for either as the winner.

In the end, the decision truly was difficult, but maybe next time. . . .

3 thoughts on “Lessons from Judging a Writing Contest”